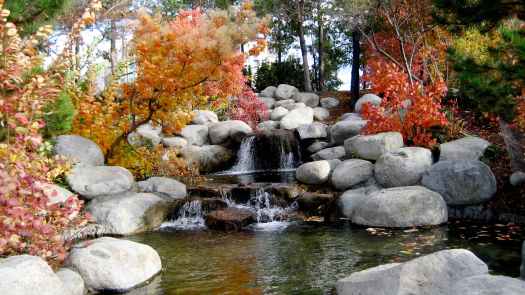 Sometimes when we read, we encounter a footnote in the text that opens up a world far beyond the text we are reading, an unexpected world, beyond the world of the text.

The footnote is an interruption in our reading.  We can follow its lead and be distracted for the moment from what we are reading or we can ignore it until a later time.  Whether we choose to read it by compulsion or by an idle curiosity, the footnote leads one to imagine another book that could have been written.

Just such an adventurous footnote appeared in A Source Book in Chinese Philosophy, an anthology of Chinese philosophical texts first published in 1963. The book presents excerpts from a variety of Chinese philosophers (with occasional editorial commentary) from Confucius, Mo Tzu, and Lao Tzu up to the philosophical turmoil brought on by Mao and his “Cultural Revolution” in Communist China. I bought the book first as a textbook for a course on Asian Religions and later used it when I taught courses on Asian religions at Temple University and at Rosemont College. Other than that, it has been shuffled around unceremoniously on my overflowing and cramped bookshelves for almost 30 years. It is a book that I pick up and scan through every four or five years, usually in one of those whimsical moments when I spot it on the shelf and it beckons me to reacquaint myself with it. I recently picked it up in a moment of curiosity. I can’t say why then and not some other time. All I can say is that there are times when a long-forgotten book can still exert an inexplicable pull on us and we simply have to pick it up and begin to read.

I began reading excerpts from Chang Tzu, a lesser-known Taoist philosopher, who came after Lao Tzu. Then I switched back to the text of the Tao Te Ching.  All of a sudden, the text was interrupted by an editorial comment noting that the symbolism of water in the text of Lao Tzu “is ethical rather than metaphysical.” The comment continued:

“It is interesting to note that while early Indians associated water with creation [Rig Veda 10:129], and the Greeks looked upon it as a natural phenomenon, ancient Chinese philosophers, whether Lao Tzu or Confucius [Analects 9:16], preferred to learn moral lessons from it.  Broadly speaking, these different approaches have characterized Indian, Western, and East Asian civilizations, respectively. “[1]

Moral lessons from water? My mind began to race. I understood what the author was saying about water in Taoist thought, but was this really the case with Western thought? It was such a sweeping generalization; yet my mind was captured by the image.  What do the biblical texts do with water?  I wondered.  Then I returned to the first question, what does it mean to learn moral lessons from the behavior of water? Here I was in another place, another world, imagining what a book that compared how water as an idea was employed in Indian, Western and East Asian civilizations might look like.  This was a book the author had not chosen to write, yet it was a book that at that moment I wanted to read.

At that moment, however, I was reading a book on Chinese philosophy, not an unwritten book still waiting to be composed somewhere stashed in my imagination; for that moment I needed to be content with the book that already had been written—the book that was in my hands.

In the Tao Te Ching, Lao Tzu poetically describes the ideal life as one lived in harmony with the ways things are.  If we live in harmony with the Tao, or the “way,” all is balanced and whole. And so at last I began to consider how from water, moral lessons could be learned.

The supreme good is like water, which nourishes all things without trying to. It is content with the low places that people disdain. Thus it is like the Tao.

In dwelling, live close to the ground.

In thinking, keep to the simple.

In conflict, be fair and generous.

In governing, don’t try to control.

In work, do what you enjoy.

In family life, be completely present.

When you are content to be simply yourself and don’t compare or compete, everybody will respect you. [2]

These are profound words. Who would have thought that in a moment my thoughts would be taken back to ancient Chinese thought and the moral lessons about humility, balance, and harmony that can be learned from water? There are convergences between ancient Chinese philosophy and what Jesus taught about humility, forgiveness, trust in God, and living the present.  But that would be another book, only imagined, but a book not yet written.

One Reply to “THE ADVENTUROUS FOOTNOTE”